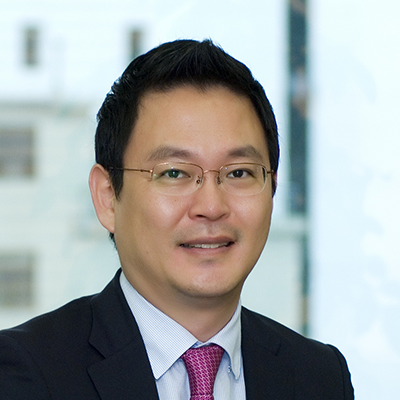 Sean is an investment manager in the Korean fixed income investment team and he manages a number of Korean fixed income portfolios. His responsibilities also includes credit research. He rejoined Barings (what was then known as SEI Asset Korea) in June 2006. Prior to rejoining Barings, he spent six months at DIAGEO Korea. Sean was with Barings (what was then known as SEI Asset Korea) from 2001 to 2005 as a credit analyst. He started his investment career at Samsung Life Insurance, where he was a credit analyst . Sean took a double major in Business Administration and History from Sogang University and MBA & MSF degree from George Washington University. Sean is a CFA charter holder. He also holds Financial Risk Manager certification by GARP.