What Can German Equity Investors Expect in the Months Ahead?

January, 2020 – 2 min read
While the phase one U.S.-China trade deal may provide a near-term boost for German equities, there are a number of risks on the horizon that could introduce volatility in the months ahead—making stock selection as important as ever.

In an economy with very low unemployment and a significant trade surplus, one might expect to see strong economic growth—but that hasn’t been the case with Germany, where growth recently fell to a six-year low and is forecast to remain muted in 2020. This lackluster growth picture underscores how vulnerable the country’s export-heavy economy is to macroeconomic and geopolitical risks—particularly issues around trade.

Germany has been caught in the crossfire of the ongoing trade dispute between the U.S. and China, and the country’s manufacturing sector has come under significant pressure. Auto makers have been particularly hard-hit, as China is both a high-volume and high-margin market, meaning a reduction in sales to the country could lead to a notable loss of potential earnings. As a consequence, Germany—long-known for its strong manufacturing sector and vast export market—has been facing the sobering possibility of a prolonged slowdown.

The recent trade deal is certainly a bright spot, and may provide a near-term tailwind for the German economy and German corporate earnings. Smaller cyclical companies are poised to benefit the most as an improving trade and economic picture feeds through directly to the bottom line. But the dialogue between the U.S. and China will continue to shift and evolve, making it difficult to gauge how the German market may be affected longer-term. And there will very likely be some turbulence along the way.

In this environment, we believe there are still strong merits to a long-term investment in German equities—but asset selection will be critical. Small to mid-sized companies, in our view, have much greater growth prospects. Germany has a large pool of these “Mittelstand” companies that, while often leaders in their niche industries, tend to receive less attention from sell-side analysts. This can generate information gaps and mispricing, which can result in attractive buying opportunities that active managers can exploit. However, some of these companies, especially at the smaller end of the market where growth prospects are greatest, are particularly vulnerable to short-term economic volatility—hence the importance of careful stock selection.

We also see value in companies benefiting from longer-term structural trends. As an example, the automotive industry is in the early stages of a significant shift as electric vehicles (EVs) are expected to replace internal combustion engines over the next decade. While some predict this shift could bring about the demise of the German auto industry, we think many of the large auto manufacturers are fairly well-equipped to adjust to this change, and may actually emerge as leaders in the EV industry—Volkswagen chief among them.

Additionally, small companies exposed to the EV trend may provide some of the most attractive ways to invest directly into the growing EV market. Innovative suppliers to the battery industry, for instance, represent an interesting opportunity.

Looking at the German equity market today, we’re one year into a new bull market following the bear market of 2018. In an environment where short-term volatility is almost a given, we see particular value in staying the course. Rather than trying to time the back-and-forth of macro sentiment shifts, we think there are benefits to selecting companies that can withstand headwinds and deliver strong earnings growth over a longer period of time, including through the ups and downs of multiple economic cycles. 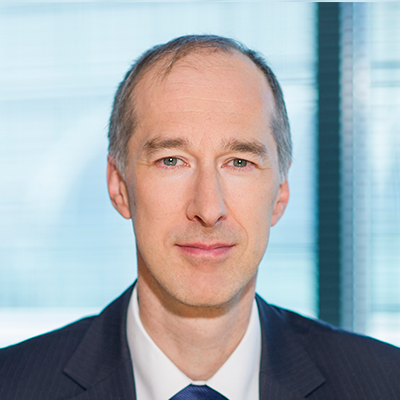