Why Now May Be a Good Time to Consider CLOs

April 2021 – 3 min read
A wave of refinancings has tested the CLO market’s capacity, but it has also created relative value opportunities up and down the capital structure—particularly in seasoned, BB deals.

Activity in the collateralized loan obligation (CLO) market reached record highs in the first quarter. While overall performance was positive—supported by expectations for stronger economic growth later this year—heavy supply weighed on the market toward quarter-end. Overall, AAA, AA and single-A tranches returned 0.49%, 0.95% and 1.46%, respectively. BBB, BB and single-B tranches also delivered positive returns, at 1.60%, 2.98% and 12.69%.1

Heavy Supply is Weighing on the Market …

Against the improving economic backdrop, demand for higher-rated CLOs rose steeply at the start of the year, particularly as U.S. banks and money managers re-entered the market after largely sitting on the sidelines during last year’s heightened volatility. As a result, spreads tightened considerably through the end of January, in some cases approaching post-financial crisis tights. At the same time, a number of 2018 and 2019 vintage deals began to reach the end of their non-call periods. This combination triggered a wave of refinancings and resets during the quarter, as companies looked to take advantage of tighter spreads and a lower cost of capital. Issuance, accordingly, reached record-setting levels, with $102.7 billion pricing in the U.S. and €23.9 billion in Europe—the majority of which came from refinancing or reset transactions.

This deluge of supply tested the market’s capacity as the first quarter progressed, and at times created bottlenecks for investors, dealers and ratings agencies. By early March, supply had begun to outpace demand, causing spreads to widen across the capital structure, although to varying degrees. AAAs, for instance, widened slightly during the quarter but remain tight relative to history, which should keep the refinancing pipeline strong going forward. Lower-rated BB tranches have widened more significantly.

In spite of this, the underlying risk profile for CLOs has changed very little, if at all, in the last several months. Downgrades to underlying loans have tapered off significantly and, as mentioned in previous pieces, were much less severe than some market participants were originally predicting. Default expectations have also declined materially from a year ago amid an improving macro environment.

This suggests the recent spread widening is largely a result of a technical in the market (the increased supply) as opposed to any deterioration in underlying fundamentals. For active managers, this can create, and indeed has already resulted in, attractive relative value opportunities—but having the resources to conduct rigorous, bottom-up credit and manager selection is key to navigating this space.

Across the capital structure, and in a change from recent months, we see particular value in refi and reset tranches as well as seasoned secondary deals versus pure new issues. While these deals in some cases have greater exposure to COVID-impacted sectors, many of them are high quality and have taken little or no losses at this point. In addition, given the sheer volume of refinancing and reset activity and aforementioned bottlenecks, these deals have in some cases been overlooked by the market. This is perhaps most pronounced in the mezzanine part of the capital structure, where seasoned BB deals with solid underlying fundamentals have been trading 50-100 bps wider than new issues. In our view, the difference in the underlying credit quality between these types of deals does not justify the significant difference in pricing.

It is also worth noting that relative to fixed rate asset classes like high yield or investment grade corporate bonds, prices on CLOs tend to be fairly stable during periods of rising rates given their floating-rate coupons, which lower duration, or interest rate risk. CLOs also tend to offer incremental yield relative to similarly rated investment grade and high yield corporate credit. For instance, the BB tranche of a CLO, based on recent market prices, offers roughly two times the spread of the leveraged loan market—giving investors a meaningful spread pick-up for owning the same or similar collateral, but in a different form. For these reasons, CLOs can also be beneficial as part of a broader multi-strategy high yield or investment grade mandate.

Going forward, despite lingering uncertainty around the pandemic, the economy seems to be on a positive trajectory, particularly in the U.S. In this environment, we expect demand to remain strong. Supply, too, will likely remain robust as a number of 2020 vintage deals with high costs of capital roll off their one-year non-call periods beginning this month. While this may keep spreads range-bound in the near-term, we also expect to see opportunities arise, particularly in seasoned deals where spreads have widened beyond what fundamentals would suggest. That said, active management, coupled with a deeply resourced and experienced team, will be critical to identifying the best absolute and relative value opportunities up and down the capital structure—and will likely be a key differentiator going forward. 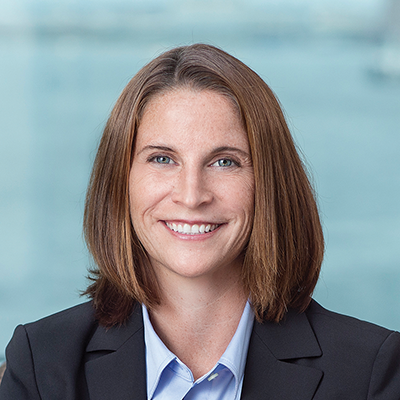