The current environment is challenging, but much like in the past, opportunities are beginning to arise across the EM debt landscape.

Against an already challenging backdrop of rising global inflation, a hawkish U.S. Federal Reserve (Fed), concerns around China, and localized COVID-19 outbreaks, Russia’s invasion of Ukraine roiled emerging markets (EM) debt in the first quarter. According to J.P. Morgan, retail funds experienced outflows of roughly $14 billion through March 31. Hard currency assets were the main source, with -$11.9 billion in redemptions vs. local currency assets (-$2.1 billion). Performance, unsurprisingly, was down, with EM sovereign, corporate and local debt returning -10.02%, -8.82% and -6.46%, respectively.1 Spreads widened across the board.

On the bright side, much like we have seen in the past, these periods of volatility, when navigated carefully, can create attractively priced opportunities in countries and companies with strong fundamental value. Below, we explore the key themes present in the market today, as well as the resulting challenges and opportunities we are seeing as a result.

Russia-Ukraine War
The biggest risk of late is undoubtedly Russia’s war in Ukraine. Unlike the widespread and broad-based decline following the onset of COVID in early 2020, the effects of the war have been varied, with some countries more directly impacted than others. At the center of the conflict, Russia looks likely to endure further economic weakness amid the sanctions imposed by Europe and others, and will likely remain out of EM indexes for the foreseeable future. While the landscape is shifting quickly and there are still many unknowns, it looks increasingly likely that Ukraine may remain independent in some form, in which case the country could receive strong bilateral and multilateral financial support from the West as it seeks to rebuild its economy in the years to come.

The impact of the war on the rest of EM is somewhat correlated to countries’ proximity to Russia and Ukraine, either in terms of physical distance or economic ties/alliances (or both). For instance, Tajikistan, Armenia and Georgia—countries within the Commonwealth of Independent States (CIS) that have direct links to Russia and Ukraine—sold off immediately after the invasion. A number of Central and Eastern European (CEE) countries also declined. From a fundamental standpoint, however, we believe many of these countries remain strong enough to absorb shocks with minimal impact to their creditworthiness. As a result, we have started to see opportunities emerge in issuers like Romania and Serbia, where spreads, in our view, have widened beyond what fundamentals would suggest. At the same time, countries with minimal or no ties to Russia, such as some of the Latin American and Gulf Cooperation Council (GCC) countries, saw virtually no change as a result of the conflict.

Figure 1: The Varied Effects of the Russia-Ukraine War

Higher Commodity Prices
One byproduct of the war in Ukraine has been higher commodity prices—in particular energy, given that Russia is the third-largest producer of oil in the world. Russia and Ukraine are also key global suppliers of soft commodities such as wheat, corn, barley and sunflower seeds. The disruption of supply following Russia’s invasion, amid already tight inventories, drove prices higher across the board.

This has created both challenges and opportunities in commodity-intensive countries and companies. In the EM sovereign universe, energy-importing countries such as Turkey and India have been negatively impacted from the spike in prices. Within corporates, energy-intensive industries, such as glass and aluminum manufacturers, have been affected, while the rise in soft commodity prices has also created cost pressures for food retailers. In terms of the beneficiaries, GCC countries stand out, as does South Africa—a major exporter of corn, metals and minerals—and Indonesia, a key producer of coal, palm oil and nickel. Commodity-producing companies also look well-positioned in this environment, especially low-cost producers of soft commodities in Argentina, Brazil and Uruguay.

An interesting consideration going forward will be whether, or how, certain countries seek to combat the negative effects of sustained higher commodity prices on consumers—particularly if higher food and fuel prices, and a higher overall cost of living, begin to chip away at demand. We expect some sovereigns to provide relief in the form of subsidies or other commitments, but it will be a factor worth monitoring.

Inflation and Rates
The Fed’s commitment to aggressively combat inflation has led to questions around the path of future rate hikes. However, despite the increasing pressures on central banks to raise interest rates, higher global inflation is not an unmitigated negative for EM debt. Should developed market central banks remain “behind the curve”—meaning they do not raise rates at a pace fast enough to keep up with inflation—real rates in developed markets will likely remain low or negative. In contrast, EM central banks have already been raising rates aggressively to combat higher inflation and, in cases where inflation seems to be peaking, may be nearing the end of their hiking cycle. With real rates in many of these countries now positive, we believe certain exchange rates look attractive given the potential carry on offer.

From a corporate standpoint, higher inflation can certainly create cost pressures, but many companies are coming from a place of solid fundamentals, with revenue and EBITDA back to pre-pandemic levels for many issuers. Some are also implementing cost-cutting measures, such as considering lower-cost packaging. As a result, most companies still seem able to pass higher costs though to consumers. Given the stable fundamental backdrop, J.P. Morgan is calling for defaults of around 1.1%—but this modest number excludes the corporates in Ukraine, Russia and China, which are likely to see a rise in defaults going forward.2

China
Developments in China are an ongoing source of concern for investors across emerging markets. In addition to COVID-related lockdowns, regulatory crackdowns across the country continue to impact a number of sectors, and we’re seeing more defaults from Chinese property companies. From a corporate standpoint, while select opportunities may materialize in certain companies, we expect them to be more idiosyncratic than industry-wide—for instance, amid the ongoing market consolidation and loosening policy conditions, we see opportunities emerging in the real estate ‘survivors’. However, caution, now as much as ever, is key.

At a higher level, there are concerns that economic growth in the country may be slowing. Perhaps the bigger issue, however, is the difficulty for us as investors to understand China’s trajectory in terms of both its growth and policy framework.

ESG
In many ways, the Russia-Ukraine war has brought further attention to environmental, social and governance (ESG) factors. For one, it has exposed the fragility of energy supply lines. In particular, given the shift away from reliance on Russian oil and gas, the war has accelerated the thinking around energy security and energy independence. As a result of this, even more emphasis is being placed on the transition toward clean, renewable power. The infrastructure needed for this transition requires natural resources like copper, aluminum and hydrogen, and we believe the renewed demand for these raw materials will continue to support EM companies and countries focused on extracting and producing them.

Russia’s invasion of Ukraine has also put governance under the spotlight, and raised complicated questions about how investors should think about ESG in developing countries. As an example, China’s political system is not significantly different from that in Russia, and as mentioned, there is a fair amount of uncertainty around the country’s economic growth and policy, as well as ongoing concern regarding geopolitics. So, does Russia’s severe deterioration on ESG grounds impact investors’ view of countries like China going forward? It remains to be seen.

The current environment is certainly challenging, but much like in past challenging environments, opportunities are beginning to emerge across the EM debt landscape—whether in countries and companies that have benefitted from higher commodity prices, or idiosyncratic credit stories where spreads have widened beyond what fundamentals would suggest. However, rigorous, bottom-up credit and country selection remain crucial to navigating the risks at hand and identifying the issuers that are well-positioned to withstand a changing environment. 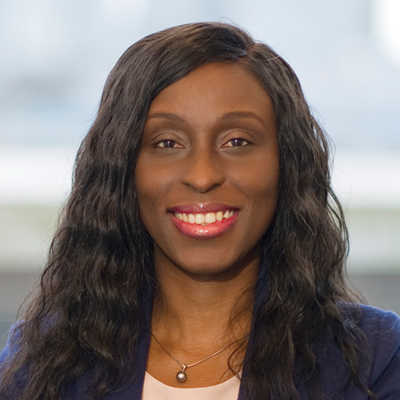 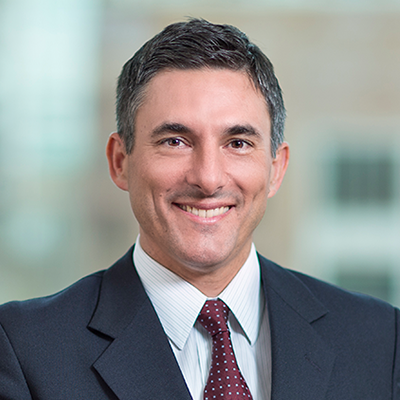